Mixing with the Stars! 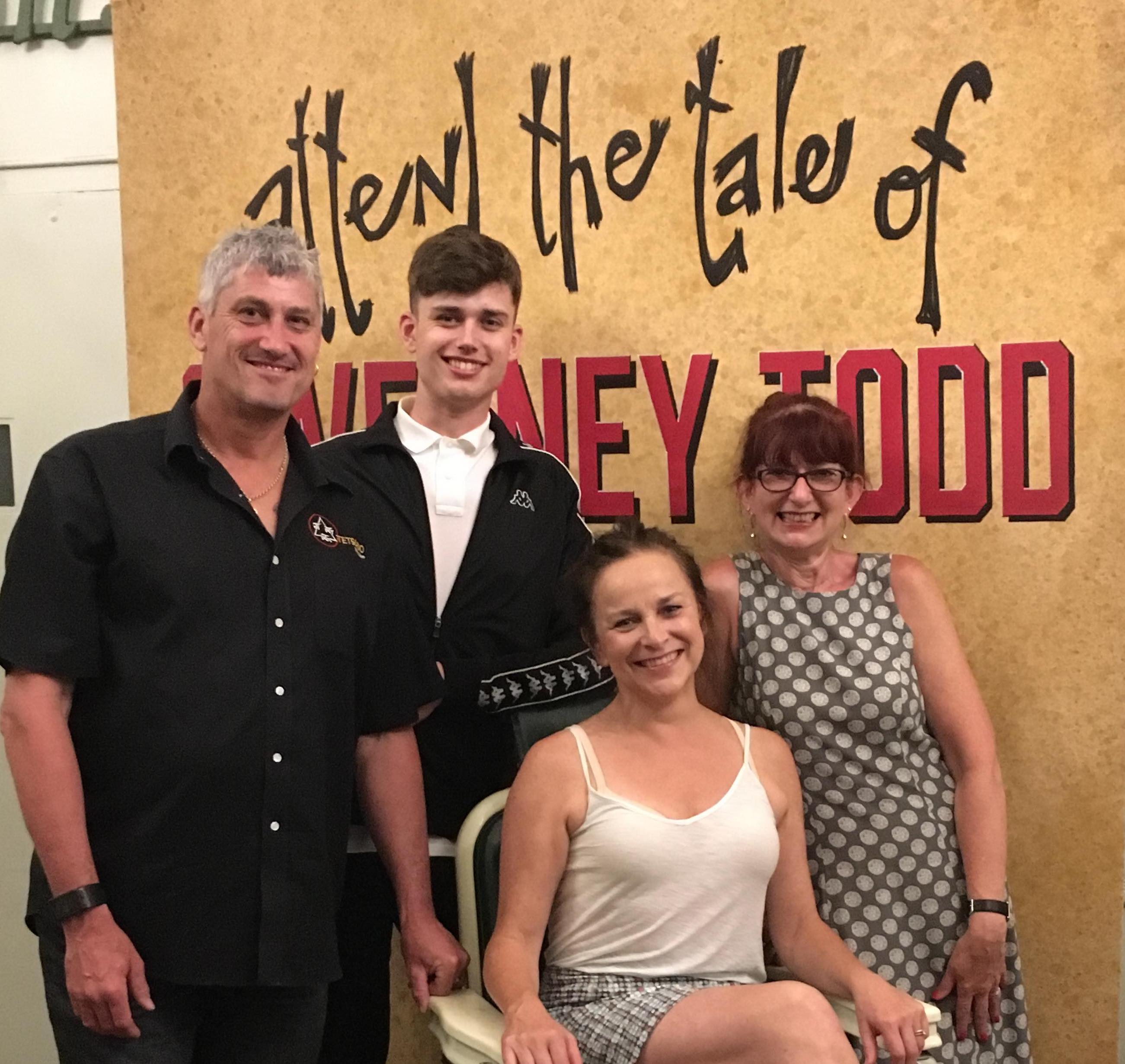 Our Honorary Patron, Sally Ann Triplett, has played too many rôles to mention them all but just to give you an idea she has played Reno Sweeney in Anything Goes, Adelaide in Guys and Dolls, Donna in Mamma Mia, Grizabella in Cats, Florence in Chess, Rizzo in Grease, Roxi Hart in Chicago, Miss Berta in Acorn Antiques and the list goes on for her West End credits.

More recently on Broadway, Sally has been in Carrie The Musical, played Peggy White in The Last Ship, and Mrs Emma du Maurier in Finding Neverland. Sally is currently playing Mrs Lovett in Sweeney Todd in New York.

Sally has been to see two of our shows with her family – Oklahoma! in 2008 and Hello, Dolly! in 2012, and always sends a message of good luck for the programme. On the occasion of our 50th Anniversary Concert in 2013 Sally set up a Skype video link from the stage of Mamma Mia, and wished us well along with all the cast of that show at the time.

Group Treasurer Karen Jamieson and her family are just back from a trip to New York, where they attended a performance of Sweeney Todd. With a small cast, a specially converted theatre, a three piece orchestra, and pie and mash (deliciously cooked up by former White House chef Bill Fosse) Sweeney Todd is a very strong piece of theatre.

Karen said “As usual, Sally went out of her way to meet us before the show – in fact she was sitting on a rock outside the theatre eating ice-cream, chatting to Thom Sesna (Sweeney) – and introduced us to all the cast after the performance. We have become friends over the years, and it was most touching to hear Sally explain the circumstances of her involvement with us. Sally described AMTG productions as highly professional, and told her fellow actors how high our standards are. We had a wonderful time mixing with Broadway stars – it was like we had all been friends for years. The actor playing Judge Turpin (Michael James Leslie) asked me if his English accent was good enough, and said he had learnt it by watching Patricia Routledge in Keeping Up Appearances!

At the end of the evening we walked up 7th Avenue to the subway together and I asked Sally if she wasn’t worried about being recognised? In her most charming, and down to earth way, Sally laughed and said “What me? No!” and it is that very natural and normal manner which makes her the star she is.”

You can follow Sally on Twitter @ann_triplett, and for all information about us go to our website amtg.org.uk – better still, come and join us for Pirates of Penzance – send an email to [email protected] for more details.

How time flies! One month to our new Season!
Scroll to top