FROM the moment she sashayed onto the stage in the first scene, Natalie Whittlesey captivated the audience with her portrayal of Reno Sweeney in Anything Goes. 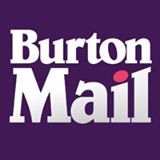 The Beaumont version of the musical is set aboard the ocean liner SS American where nightclub singer/evangelist Reno Sweeney (Whittlesey) is en route from New York to London.

Her pal Billy Crocker (Head) has stowed away to be close to his love, Hope Harcourt (Watson) – and to avoid his boss Elisha Whitney (Benfield).

Hope is engaged to the upper class English gent Lord Evelyn Oakleigh (Soanes) and the pair are set to be wed aboard ship. However, this is a marriage of convenience and during the trip, chaos ensues when Public Enemy Number 13, Moonface Martin (Dagley) boards the ship, along with his girlfriend Erma (Wallis).

There is more confusion when added to the mix is a romance between Hope’s mother Evangeline Harcourt (Lee-Douglas) and Whitney.

Confused – you won’t be as director David McKnight has put together an entertaining cast and there are laughs from start to finish, along with dance sequences, a set and costumes which are stunning.
Ashbeian MTG have excelled themselves with this lavish production of one of Cole Porter’s best-loved musicals, however it was the scene-stealing Whittlesey who held my attention.

She is a powerhouse of talent with a huge stage presence which is worthy of a professional musical theatre production. Her standout songs were the sublime I Get a Kick Out of You, the upbeat Blow, Gabriel, Blow and, of course, the title song, Anything Goes. Boy this girl can sing – but then again, so can the rest of the cast.
Anything Goes is a gorgeous romp about mistaken identity performed by one of the area’s most talented musical theatre groups.