The Ashbeian Musical Theatre Group is an amateur musical theatre group based in Ashby de la Zouch, Leicestershire, in the UK. The Society was formed in 1962 and has continued to perform musicals annually since that date. Membership is open to anyone with an interest in musical theatre, whether on or off stage, and our age range extends from 14 years to over 70.

We are an extremely happy and active group, with social events throughout the year, to keep us together as a team, and to supplement our costs. These events include trips to shows, bowling evenings, annual balls and trips to the pub of course!

The management of the Society is the responsibility of an Executive Committee elected annually by the Membership at our AGM in June. The Committee consists of Chair, Business Manager, Secretary, Treasurer and at least three other Ordinary Members who work together to ensure AMTG’s success both in terms of finances and our productions. The Committee also ensures regulatory and statutory requirements are adhered to, as set by the Charity Commission. 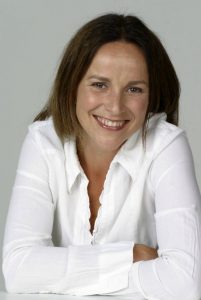 Our Honorary Patron is Sally-Ann Triplett who is always in demand for leading musical rôles in the West End and on Broadway. Sally-Ann has taken a very close interest in our Society since becoming our Patron in 2005, and has attended two of our productions, Oklahoma! and Hello, Dolly!. Sally-Ann always makes us very welcome when we go to see her in productions, and when she can’t be with us at ours, she sends video messages and has also been known to Skype us from the stage of Mamma Mia! on our opening night for our 50th Anniversary Concert!

AMTG has a fine reputation for presenting high quality productions that are “as near professional as can be done by an amateur group”. We have earned this reputation not only through the hard work and commitment of the Members, but also because of a dedicated Production Team – in recent years comprising Alan Hutchinson (President, Director and Musical Director), David McKnight (Producer/Director) and Leanne O’Brien (Choreographer).

Our minimum age for Members is 14, however we also invite younger Juniors to join us as guests for particular productions, for example The Sound of Music, Oliver! and Fiddler on the Roof. It is part of AMTG’s commitment to actively encourage, support and nurture young people who would like to pursue a career in performing arts.

We are proud that many of the younger Juniors are invited to stay for further productions, and this is due to their talent and commitment (and of course the commitment of their parents!).

We are also very proud of many of our Juniors who have moved on and gained places at prestigious stage and drama schools – an impressive number of them have begun careers in top theatres, including in the West End, both on and off stage.

We are always looking for New Members from the age of 14 to join us either on-stage, backstage, front of house – wherever your interest lies – and if you would like more details about how to do this, please use the ‘Enquire’ button.

Oliver! has become one of the best-known and best-loved musicals since its premiere 49 years ago and its current London production crashed into the West End on the tsunami of attention that came with Andrew Lloyd Webber’s BBC talent search I’d Do Anything.

So when Lionel Bart’s music struck up for the Ashbeian Musical Theatre Group’s 2009 production at Ivanhoe College in Ashby and the spotlight joined the workhouse children’s rhythmic trudge to the stage, there’s no doubt there was a weight of anticipation on the young cast’s shoulders….

FROM the moment she sashayed onto the stage in the first scene, Natalie Whittlesey captivated the audience with her portrayal of Reno Sweeney in Anything Goes.

What an amazing Panto! You must have worked exceptionally hard to put such an extraordinary show together in the short time and whilst prepping for Anything Goes too. A real testament to the dedication of each member and your commitment to AMTG.

THE sign I have watched a good musical theatre show is how long I have the songs from the performance spinning around in my head.

Ashbeian Musical Theatre Group’s spring production of Me and My Girl will no doubt have me trilling the tunes way into the weekend – yes it was that good!

I felt I must write tonight to thank you and Ashbeian Musical Theatre Group very much indeed for the tickets I received for Friday’s performance of ‘Fiddler on the Roof’.

It was a stunning performance! The quality of the acting – from the whole company – impressed me enormously, from carefully considered crowd reactions and attention to detail, through warm, welcome and…